Better Safe than Sorry – How to Be Secure on The Web 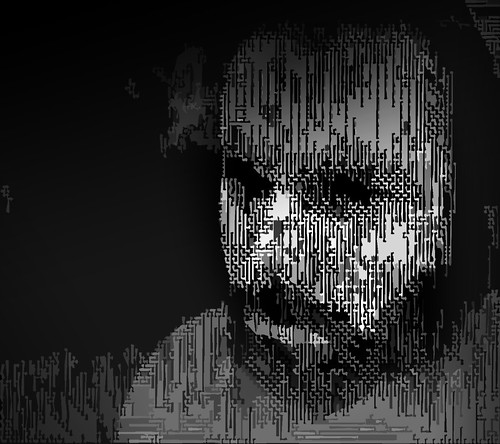 Unfortunately, technological advancement has brought with it increased security issues. An alarming amount of identity theft is being conducted globally, resulting in sensitive data being stolen and even financial accounts being accessed. The ingenuity of cyber criminals and hackers seems to keep pace with the evolving security measures implemented by organizations and built into computers, laptops and phones. Here are a few ways to safeguard your privacy.

END_OF_DOCUMENT_TOKEN_TO_BE_REPLACED

ATMs are everywhere, from streets, stores to restaurants. But are they really safe to use? Every year more than three millions Americans are victimized by ATM frauds and the number keeps going up. Hackers or even a simple engineering student can steal your sensitive data associated with your debit card, credit card or ATM card while you use ATM machine. That includes, PIN number, sensitive data behind the magnetic strip etc. If you are not careful enough while using ATM machine, all of your cash and personal information can slip away to wrong hands. Any ATM machine can be vulnerable and you won’t even know it. Watch the following video about how easy it is to steal PIN number and personal information from a person using ATM machine.

END_OF_DOCUMENT_TOKEN_TO_BE_REPLACED

Every system in this world has few faults. There is not a single thing which stands in the category of perfect. No system is perfect. Neither BuySellAds. If you are advertiser or publisher and are using BuySellAds, you might have encountered this problem. Recently an advertiser paid at BuySellAds to display his ad at TechMynd. I got a notification email. Upon checking, I saw that site was not reflecting changes in ads and BuySellAd new approved ad was not displaying. I logged into my BuySellAds account and saw that the ad was approved, live – but stats were zero and the ad was not appearing at TechMynd. For the time being I placed that ad manually at TechMynd for advertiser’s convenience and refreshed all content of site, removed cache and checked the site in many browsers but the ad was not appearing. I wondered. I sent an email to BuySellAds support and got the following feedback.

END_OF_DOCUMENT_TOKEN_TO_BE_REPLACED

There are several ways to make money online. One is by displaying ads at your website. But there are every kind of people out there. Fair and unfair. I wanna share a strange experience of mine with all of you making money online. Publisheradnetwork claiming to be the ‘Global Ad Network’ is supposed to be an advertising company providing advertisement solution for publishers and advertisers but that is a fake, fake, fake company. This advertising network does not exist. They have a website where they claim that they have payouts average over 50% higher than Google AdSense. Somebody from this company with official email will approach you (in my case [email protected]) and would say to try this network. After more than 30 emails they decided something and agreed to give ads to one of my websites. I then asked about the advertising formats and they showed me two websites (askmadden.com and codmaps.org) which were displaying advertisements from this network but now they are not.

END_OF_DOCUMENT_TOKEN_TO_BE_REPLACED

I advise you to visit Microsoft Malware Protection Center regularly to get updated about latest threats, security news and advice. Microsoft has put together a list of AV rogues which are detected by the company’s antivirus products, including Microsoft Security Essentials, Forefront Client Security, etc.

Rogue security software programs typically mimic the general look and feel of legitimate security software, claiming to detect a large number of nonexistent threats and urging the user to “activate” the software to remove them. Some families emulate the appearance of the Windows Security Center or unlawfully use trademarks and icons to misrepresent themselves. Rogue security software spreads through familiar malware distribution mechanisms, like spam and exploits, and through customized tactics, like a fake Webbased security scanner. After installation, some rogue security software families take other actions to evade detection or to frighten the user into paying.

Rogue security software displays false or misleading alerts about infections or vulnerabilities on the victim’s computer and offers to fix the supposed problems for a price. It has become one of the most common methods that attackers use to steal money from victims. These are programs that mask themselves as legitimate security programs offering protection from malware, spyware, and other threats, but actually use social engineering to obtain money from victims, and offer poor or nonexistent protection.